By Tristan W. and Eli B.

TAMPA, Fl – The Tampa Buccaneers beat the Denver Broncos 28-10 on Sunday in Denver, Co. The Bucs are all the rage this year. With the offseason signing of Tom Brady, people have become very optimistic about these Buccaneers. We interviewed two Bucs fans to gather their opinions on how this season is turning out.

The Bucs are 2-1 to start this season. They lost their opener 34-23 against the New Orleans Saints. They bounced back however with wins over the Carolina Panthers and Denver Broncos. This upcoming weekend, they are set for a matchup against the Los Angeles Chargers, at their home Raymond James Stadium. Many analysts and fans around the league have predicted the Buccaneers to potentially make a run to super bowl LV(55). With the help of bringing in Tom Brady, the Buccaneers find themselves with the fifth best super bowl odds, according to Fan Duel.

Obviously, the massive addition of Tom Brady has been the center of attention for the Tampa Bay Buccaneers this offseason. However, the acquisitions of tight end Rob Gronkowski and running back Leonard Fournette can’t be understated. Fournette has already scored two touchdowns for the Bucs this season, and has had a 100 yard rushing game. Gronkowski has got off to a slow start so far racking up less than ten receptions.

TB12 has caused concern for the Buccaneers, but he has proven people wrong with a strong outing against the Broncos. Longtime Buccaneers fan Trent W. stated “I think of course that Brady has a lot of positive affects on the Bucs. Not only for the players but for the organization. He obviously brings an unprecedented winning history and there is a lot of reasons why that can rub off on the players and other people in the organization.” On the other hand, Buccaneers fan Sean C. said, “Brady needs to calm down with his interceptions. It’s not like he’s a rookie, he’s a hall of famer.” People definitely have different views on Tom Brady, some positive, some negative. 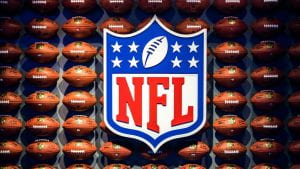 Returning head coach Bruce Arians has done a terrific job with the Buccaneers so far. It has definitely been an adjustment for him with different quarterback game plans. He has had to transition from Jameis Winston to Tom Brady, who have different styles of play. Winston being mobile and a scrambler , to Tom Brady who is not much of a scrambler, and definitely a pass -first quarterback. Also, defensive coordinator Todd Bowles has done a very solid job with his new defense. Last week against the Broncos, the defense allowed a mere 10 points. On the flip side, the offensive coordinator Byron Lestwich has also put together a balanced offense. Sean C. also said that Bruce Arians is a very experienced coach. About Todd Bowles, he said, “Bowles is a bad  head coach, but a very good defensive coordinator.”

When asked about how far the Bucs would go this year, Trent W. said, “I think the Bucs have the potential to make the super bowl as much as any other team from the NFC.” However, he said “Just from their first couple of games, what I see is that they need to sure up their offensive line responsibilities.” The Buccaneers have the talent at wide receiver, with two pro bowlers Mike Evans and Chris Godwin. If Tom Brady can get the ball out of his hands, and get it to these playmakers, the sky is the limit. For a strong point, Sean C. stated “Strong point is the definitely the passing offense. If Brady can get 300 yards with new receivers and a new system, that just goes to show.” The passing game has looked strong so far, and success has followed.

The Buccaneers have to face two 3-0 teams in the next two weeks, with matchups set against Nick Foles and the Bears, then hall of fame quarterback Aaron Rodgers and the Green Bay Packers. These will not be gimmes for the Bucs.