Anime is a Japanese style of cartoon, with many different plots and stories. here are Ten anime that are highly recommended by  students. 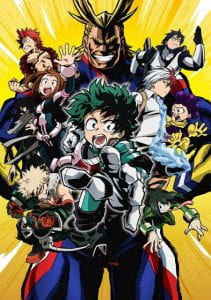 Izuku Midoriya was born in a society where 80% of the population had some sort of power called a quirk. Unfortunately, young Midoriya did not have one, and was bullied all throughout his life. One day, the number one hero ALL MIGHT the symbol of peace, had an encounter with the boy and saw potential in him. Watch the anime to find out what ALL MIGHT will do.

This anime is fun, heartfelt, and action packed. The characters are lovable, and you love to hate the villains presented. If you watch this, you will not be disappointed. 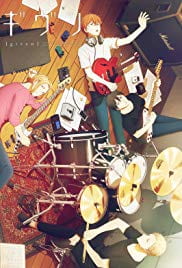 One day a bored guitar genius named Ritsuka Uenoyama runs into a mysterious boy. He finds him sleeping on a staircase with a guitar on his back. This boy is strange. He looks like he doesn’t understand anything about music. Uenoyama fixes his guitar strings and when he strums the guitar something sparks within him and the boy.

This anime is very emotional. The characters are super funny, and loveable. This anime will rock your heart to the core. If you like to feel some feels this is for you.

This award-winning anime will make you laugh, cry, and fall in love with the characters. 10/10 would recommend. 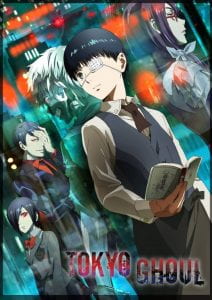 A college student lives in a world where there are monsters among men. They are called ghouls, these creatures appear human, but there is so much more to them. One day the college student is in a terrible accident and he needs an organ transplant, but the donor is a ghoul. He is the first Ghoul- Human hybrid. Will he survive?

This anime is unique. It has a plot with many twists and turns and good character design.

5: The Disastrous Life of Saiki K 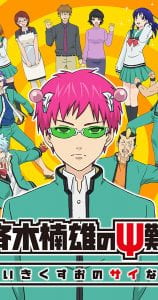 Saiki K is a normal kid. There is one exception, he has superpowers. He tries his best to hide it. How can he be a normal kid without having to save the world multiple times? Not to mention all the people that storm into his life and make it more interesting. Watch this anime to experience all  of Saiki’s adventures.

This funny and upbeat anime will make you laugh and want to keep watching. 10/10 would recommend. 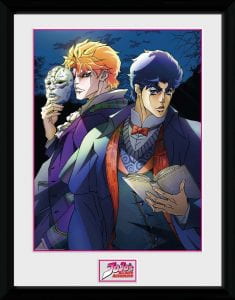 A young boy named Jonathan Joestar lives a normal life. But one day there is a new member of the family. His name is Dio Brando. Soon they become enemies. Will JoJo get along with him or will they be lifelong rivals?

This anime is very good because it has unique animation and very good character design, they also have a good plot and tons of personality. 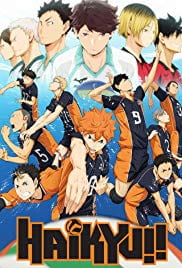 A young boy named Hinata always dreamed of playing volleyball. But there is one problem, he is too short. When he tries to win at the championship for his middle school volleyball team, he is defeated by a team with a very talented boy named Kageyama. He is nick named “the king of the court”. But there is one surprising turn of events, they end up being on the same team in high school. Will they get along or will they be rivals?

Haikyuu is a great anime because the characters have different personalities, they are funny, and you will easily love them. 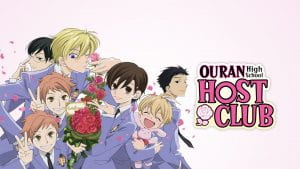 Young honors student, Haruhi Fujioka, gets invited to attend Ouran high school, for the rich and wealthy. Haruhi accidentally enters an unused music room and is startled by what is inside. When the student breaks a very expensive vase, Haruhi must pay the price. What was the price? Watch the anime to find out.

This amazing show has funny, lovable, and adorable characters and a well written plot. This is the perfect show to watch if you are interested in fun and uplifting stories. 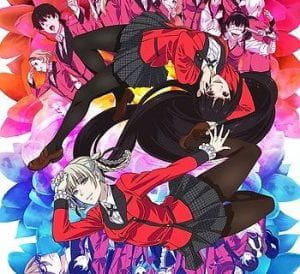 A mysterious new student, Yumeko Jabami, begins attending a school where gambling is the key to survival. Literally. In order to have a high status quo, you must be a pro gambler. Lucky for her, she is a gambling freak. Will she be able to continue to attend school without losing an insane bet? Watch this anime that will keep you on the edge of your seat.

This anime is very good. It has so many twists and turns, and the soundtrack is amazing. This show will not disappoint.

This fun and adventurous anime features a young 15-year-old Kagome, who discovers a mystery behind her grandfather’s superstitions. She finds a strange fantasy world and encounters the most unlikely of creatures.

This anime is an oldie but goodie and has a great story plot and lovable characters that will entice you to keep watching.

#weebsunite in the comments for a part two to this article. Feel free to leave suggestions. 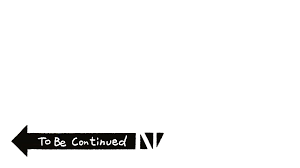