Born on July 4, 1997 as Austin Post the Rockstar has attracted pop, rock and hip-hop. People in his senior classes predicted that Post Malone would be famous later in life.  He dropped out of college because he felt he wasn’t very good at school.

This six-foot-tall Rockstar was first a DJ at weddings but later started writing music and making albums. His albums were interesting, and he started to quickly gain fame. He is well known today. A student from Farnell middle school says that, “He makes good music and that his songs are catchy.” 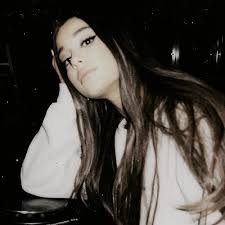 Born as Ariana Grande-Butera on June 26, 1993 she grew up loving music. Her parents broke up when she was only 8 or 9 but that did not stop her as she went to school and studied well. Her favorite subject was science. Ariana also has 6 dogs, the sixth dog she adopted is named Sirius Black after the Harry Potter character.

She is known for her beautiful voice and her signature hairstyle a straight, long, high ponytail. Her real hair is short, brown and curly. Ariana Grande has made many songs that gained lots of fame, as she is a millionaire and makes lots of money on her tours. A student from Farnell says that,” Her voice is very strong and smooth, and she has a great angelic voice.” 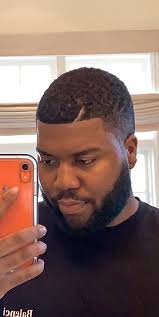 Born on February 11, 1998 as Khalid Donnel Robinson he grew up with a military mom. His mom used to sing music and so he grew up with a life of music, but his mom turned down her music career so she can have a more permanent job in the army. Because of his mom’s job Khalid moved around a lot as a kid, even to different places overseas like Germany.

His creativity sparked when he moved to El Paso, Texas which he now calls home. Khalid can’t play instruments but whenever he starts to create a song he comes up with a melody and creates lyrics later to go with the melody. His debut album “American Teenager” was a big hit. A student from Farnell says that,” His music is soothing and relaxing because of his smooth voice.”

Born as Billie Eilish Pirate Baird O’Connell on December 18, 2001 her whole life consisted mostly of music. Her mother and brother also sang and created music. Her brother was in a band and her mother created music. She was homeschooled and taught at home. She often sang at small shows in the town where she grew up at.

Her first song she ever recorded and made was” Ocean Eyes” which was a hit and she got famous overnight. Billie and her brother recorded most of the music in her brother’s small bedroom. She has created a whole new genre of music and has recently won 5 Grammies out the 6 she got nominated for. She is the youngest to get 5 Grammy awards.

What inspires most people is that she is very young yet succeeded on a long shot. She has inspired many people and her music is very calming as she has created her own style of music, as it can’t be classified because of how unique and different it is. A student from Farnell says,” She’s so young and inspiring with an angelic voice and with her own style aesthetic.”

Born as Ashley Nicolette Frangipane on September 29, 1994 she was born to Chris and Nicole. As a little girl she moved around a lot to and then to almost six different schools in her teens. At age four she started learning piano and later the viola, violin, cello and even the acoustic guitar by the time she was 14.

When she was 17, she started dating this guy who lived on Halsey street in Brooklyn where she first started writing music. On August 28, 2015 she debuted her second album and rose to number 2 on Billboard. Her number one hit song is “Without Me” which got 351,014,940 views. Halsey says this song is “about my life, my relationship that the world has watched so closely and so vehemently in the past year and a half.” A student from Farnell says that Halsey is a “really good singer with a smooth/strong voice.”